!0 Things I Love About You…Thor

Thor released on DVD yesterday and I downloaded the high definition copy from iTunes.  Thor is one of those rare movies that I can watch over and over and over again.  Likely it has something to do with the hot guy, the lickable abs, the epic storyline and the fact that it’s an Avengers movie and I am crazy about the Avengers.
But for fun, I thought I would list my ten favorite things that I love about the movie Thor.  Feel free to mention your favorites too!
Lickable Abs
Yep, that’s number ten.  The one scene in the film that we get to see Thor shirtless earned an unmitigated ‘wow’ from my pre-teen mini me and a fan wave from me.  Chris Hemsworth’s workout program is to be applauded, he cut a fine figure without being over muscled.  So yes, definitely the lickable abs.
Thor’s Smile
Going back to Chris Hemsworth again because the actor delivered a playful smile in several situations from the fight with the Frost Giants (‘Run home little princess’) to Darcy wanting to put him on Facebook and her telling him to smile.  It was adorable and sexy all rolled into one. 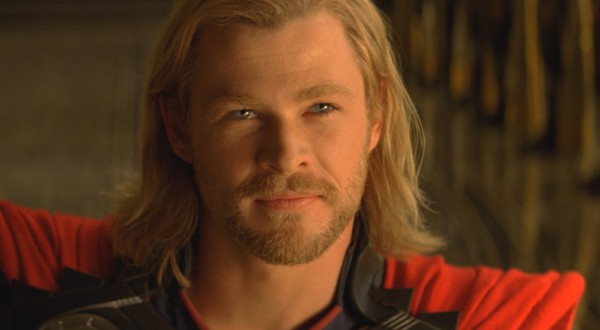 The hero’s journey is never an easy one.  Kenneth Brannagh’s film tackled the unattractive aspects of the thunder god, including his vainglorious battle lust and hot temper.  When he called his father a fool and an old man, I knew it wouldn’t go well for him and nobody grounds a god like Odin, not only did he give Thor a time out from his powers, he drop kicked him to the mortal realm where…
Thor Gets a Beat Down
Jane hits Thor not once, but twice with her van.  He gets tasered by Darcy and later sedated at the hospital after pitching a fit and two of these events are preceded by ‘How dare you…’  Zap.   Damn funny.  The fifth beat down, however, was the poignant one that Thor took in his magnificent abs…when he tried to lift his hammer and found that he, too, was still denied.
Jane and Thor Connect
Natalie Portman is a terrific actress and I truly believe she has no small roles, but her curiosity combined with her scientific mind made her the perfect leading lady for the thunder rolled down under.  Her wonder never seemed false nor did her healthy cynicism that would be blown away when… 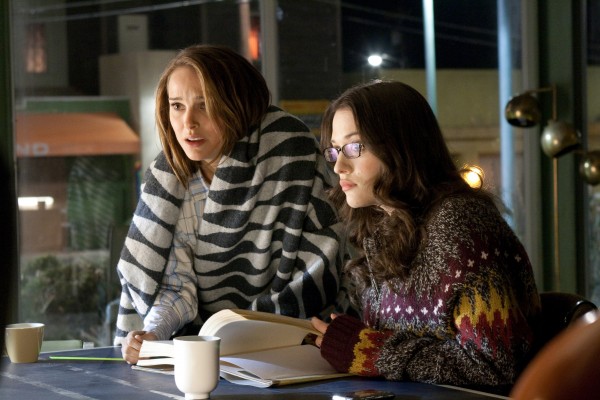 Yes, this takes us back to the initial concept of the hero’s journey, but when Loki sends the Destroyer to Earth it is a far humbler Thor that faces it down, willing to take any consequence, even death, if it will protect the mortals and his companions.  Odin apparently thought so too, because as Thor lay dying in Jane’s arms, the hammer restored him.  Speaking of his companions….
Thor’s Companions
The Lady Sif (Jaime Alexander) and the Warriors Three could have been so damn cheesy, but they weren’t.  One of the heart breaking things about Loki’s (Tom Hiddleston)  betrayal is seeing how well the six of them did together in the fight on the Frost Giant’s world.
Brother versus Brother
The war between brothers is as old as the mythologies they represent.  But it was hard to hate Loki and it was easy to understand why Thor mourned the loss of his brother, not only for his death (although we know Loki isn’t dead), but also the brother he loved to go into battle with.  Thor had to learn a lot of hard lessons, but he came out the other side a stronger god and man.
The Father Figures
The film actually relied on two very strong men as the central father figures,  Odin the All Father (Anthony Hopkins)  and Eric Selvig (Stellan Skaarsgard) with Heimdall (Idris Elba) providing a supporting father figure.  It is Odin who must instruct his sons and whose mistakes are reflected in the challenges his boys must face.  Eric, by contrast, looks after Jane because he was close with her father, but he too is trying to prevent her from making a mistake.  Heimdall, who sees and knows everything, provides tacit approval for both Thor’s venture to the Frost Giants and later the companions search for Thor.
Mixing Mythologies
Marvel’s Thor has always relied on the Norse pantheon for storytelling purposes and Kenneth Brannagh and the script writers developed a sumptuous film that married myth to the modern and left this viewer eager for more.
I know Thor will be returning in The Avengers in 2012 and there is a proposed Thor 2 in 2013.   I for one cannot wait for the thunder god’s return.
How about you?