Back from the Break 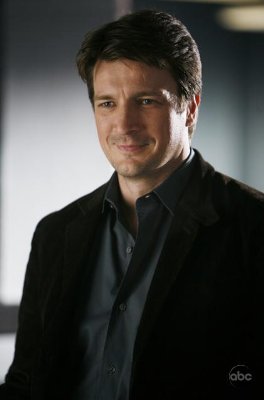 After an achingly long six weeks, The Vampire Diaries returns tonight with new episodes. Tonight’s is dubbed “A Few Good Men” and in the blurb about the episode, we learn that Damon will be participating in an auction of Mystic Falls most eligible bachelors. Damon, of course, is grieving for having been so devoted to Katherine and retrieving her from the tomb for more than 142 years only to find out not only has Katherine not been in that tomb, she’s been out and didn’t care where Damon was.

So now, Damon’s entire goal of existence has been yanked out from underneath him. To say he goes a little crazy, I suppose that would be mild. Nevertheless, in honor of the return of our most eligible vampire brothers, I thought we could come up with “A Few Good Men” of our own. Whom would you most like to see on that auction block and how far would you go to get an evening with those men?

Following the webclip for tonight’s episode, check out my hot picks for most eligible bachelors!

For my list of top bachelor picks that I would most like to spend an evening with:

He’s smart, he’s funny, he’s sexy and he’s loaded. Add to that he’s a talented writer, a devoted dad and definitely understands how to have a good time – who wouldn’t want to spend at least one evening (or more) with the guy?

Daniel Jackson is a brilliant man with a gift for languages and understanding the nature of the universe. Despite everything he’s seen, that sense of childlike wonder and faith in the impossible still exists within him. He’s grown up from lovable geek to well-toned, smart and sexy. Despite his unlucky past with love, he’s still in my top ten of men I’d love to spend time with.

Mark Valley’s Christopher Chance is street smart, tough and dedicated to a hero complex. He’s got a dark and murky past, one that definitely suggests a history of doing the wrong thing until one thing changed. That one thing we know was a woman, what happened to her changed Chance and now he puts himself directly in the line of fire to save other people. He’s got a great sense of humor and he’s easy on the eyes. I could definitely spend an evening with that.

Hugh Laurie gets a lot of credit for House but I adore his “ducklings”, especially Robert Chase who’s been there since the beginning. He’s coped with a distant father, career choices and falling in love with a woman who ultimately left him when he chose his career over their marriage. Recently he discovered that it’s his good looks that woman are attracted to and not his personality – that’s made him question if any relationship can be real. I wouldn’t mind an evening to chat him up on the subject.

So – who are your top picks for a few good men?