Kismet or a Great Ending to a Crappy Day 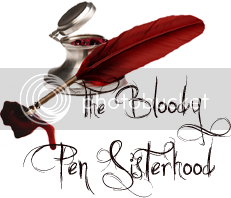 I’m sorting through three heroes and three heroines bouncing between three stories in my head. It’s more than a little exciting to have my brain working like a writer again. “Lovin’ it!” actually.

A week ago, I was traveling in California and had an experience that I’ve always wanted. I met one of my heroes. Woo Hoo.

While writing .38 Caliber Cover-Up, I introduced a character who was very elusive to me. He didn’t have a name, didn’t have a face (in my head) and I couldn’t describe him. Okay, he was a little more than elusive…he was downright mean about not showing me anything about his looks. All I had was a troubled soul.

Meeting the hero of this proposal was a series of coincidences. A lot of things happened to line up our introduction. My husband had a crisis at work, it delayed our travel, we missed a lunch date delaying dinner. That might not mean much, but a later dinner meant cooler weather and us eating inside a restaurant instead of on the patio.

The next series of events had nothing to do with us at all. A waitress misunderstood what time she was to begin her shift and no one could cover the restaurant, so we had to order in the bar where we had a very good view of the last game of the American League championship (Rangers vs. Yankees)–so we stayed seated at the actual bar.

I noticed something about our bartender very quickly. Each person who came into the bar, he introduced himself, addressed each person by their name. I won’t dwell on how cute he is. His personality dominated the room. He had visitors talking, discovering that several of us were from the same area. We definitely enjoyed the game.

And then it hit me…I needed this guy’s picture. HE was my elusive hero. I received permission to use his actual name. We exchanged emails.

Coincidence or fate? I don’t know. The end of a great day? You betcha! The day that began running behind and missing lunch with my agent (worked out with a later meeting), ended with one of my characters posing and becoming completely embarrassed as he said, “No one’s ever wanted to use my face before.”

Two questions for you today.

Question one: Take a wild guess what his name is? Clues: it’s unusual and hero-perfect.

Question two: Ever had a bad day that turned into serendipitous kismet?

Anyone leaving a comment will be placed into a drawing for a free book (not mine). I have several new books to choose from.

We use cookies to ensure that we give you the best experience on our website. If you continue to use this site we will assume that you are happy with it.OkRead more