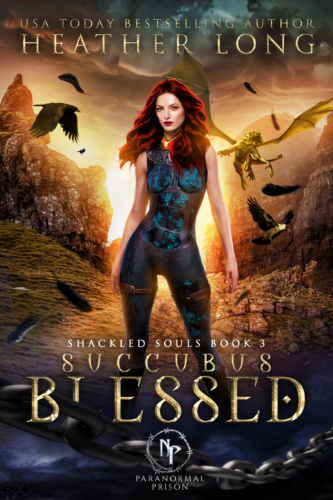 Book 3 in the Shackled Souls Series

If I told you, that would be spoiling the last book. I know, I know. Not everyone likes secrets, but that’s half of the fun of telling my story. I’ll tell you when the time is right. Promise.

The following blurb might contain spoilers for Succubus Unchained. Be warned before you scroll down.

There might be something to this new life of mine.

Being mated to Maddox and bonded to Alfred isn’t so bad. Rogue is stealing his way into my heart and Fin already had part of it. If I were to be totally honest, I think they’ve all taken pieces of my soul.

Choosing them was the scariest thing I’d ever done, until now.

Someone has stolen my dragon and my druid. They’re locked in the last place I’d ever want to see again.
But I’ll do it. I’ll walk right into the belly of the beast, confront the warden and anyone else who gets in my way.
Yeah, sounds a lot braver than I am. But they wouldn’t leave me there and I won’t leave them.

Even if Rogue and Alfred forbade me from going.

What’s the worst that could happen?

Book 3 in the Shackled Souls Series 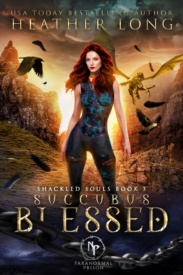