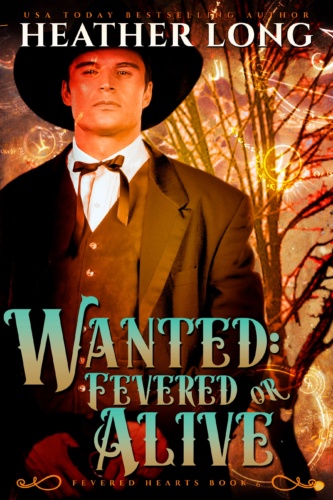 Book 6 in the Fevered Hearts Series

Meet Jason Kane. The third son, the secretive one, the keeper of lies—he’s driven by personal demons he can’t outrun. A man on a mission, he wants what he can never have.

When the spirit fever struck a town, a village, or an outpost, it left few—if any—
survivors. The white man blamed the Indian, saying they used their mojo on them. The Indians blamed the white man for angering the spirits. The survivors knew it didn’t matter. The Fevered were forever changed.

Threats overshadow everything they are trying to build…

Jason’s always been the outsider, the one with dreams and aspirations to leave Dorado. Rising from the ashes is bittersweet, but he keeps his grief private. His enemies know where he is and his family wishes he was gone, so he throws himself into building the town they love even as his heart remains decimated.

She left to pursue a dream and returns to a nightmare.

Olivia Stark grew up in Dorado, the town darling despite the severe handicap of blindness. When Jed Kane offered to pay for her admission and expenses at a special school for the blind back east, her parents sent her away. The four years gone from Dorado were a struggle, but nothing can compare to returning home to find everyone—everything—she knew in ashes.

Conspiracy, controversy, and craving block him at every turn.

When Olivia arrives in the half-built town, Jason’s world turns upside down. Her grief rends his soul, but he rejects her lest anyone discover what she means to him. Desperate to send her away, he’s not prepared for her steadfast refusal. Olivia’s waited for Jason most of her life and she won’t leave him now.

His desire. Her determination. Their destiny.

Book 6 in the Fevered Hearts Series 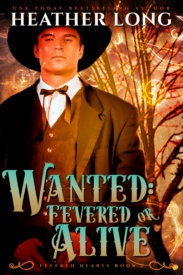